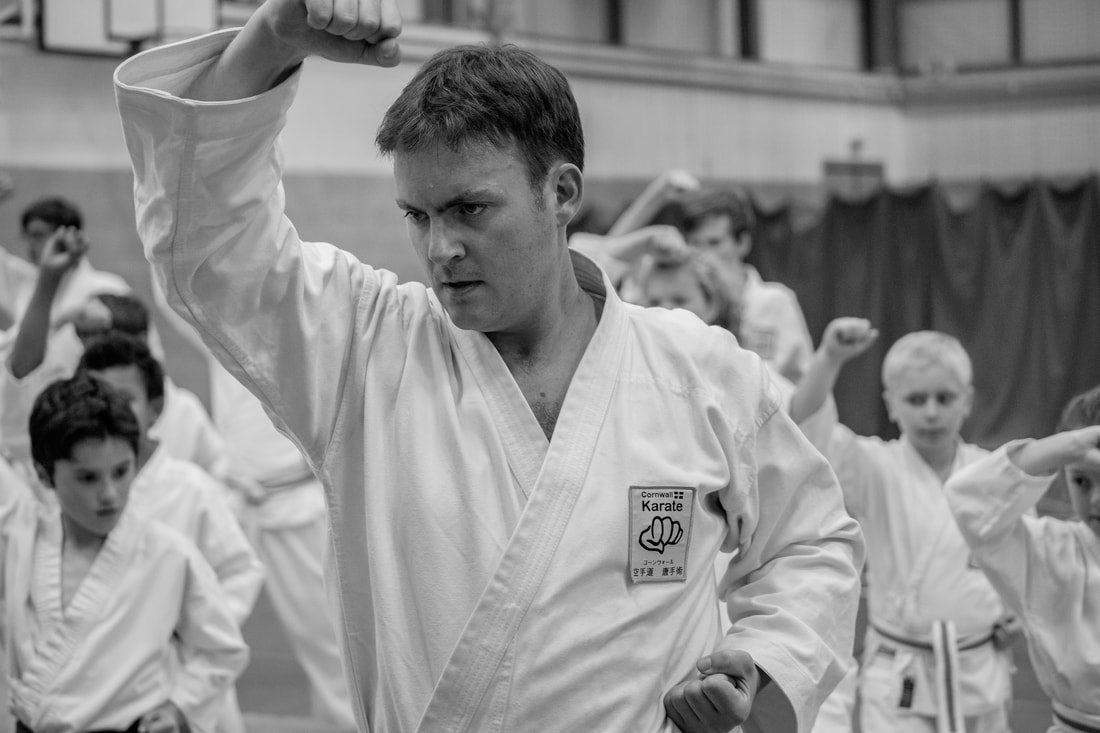 Matt Lumb Sensei is known amongst Cornwall Karate students for his love of hard physical training, his superb kicking ability, and his desire to uphold the quality of Karate through attention to the small but important details.
​
​We asked him about his Karate history, and here's what he wrote:
"​I started training when I was eight years old, after being talked into it by my father. We started training Shukokai Karate at Perdiswell Leisure Centre in Worcester under Sensei Terry Hughes. However, I did not think it was for me as I kept being punished for not working hard enough! I left at green belt, but my father carried on.

After a few years, I decided that I would give it another go as I had started to enjoy martial arts films and a few of my friends had started going. I re-joined the same club at white belt, as I wanted to brush-up on the training that I had done, and also liked the idea of being the most adept white belt in the club. I continued training until I once again reached green belt. My father had decided to discontinue his training due to injury.

At this time I was at college and also started a part-time job that was inconveniently on the same nights that I trained, and I reluctantly took another hiatus from training.

During the years that followed, I also tried my hand at tae-kwon-do, kung fu, other styles of karate, kickboxing, judo, capoeria, jujitsu and ninjutsu. But I decided that the club that I started at was the one that I enjoyed the most, and was able to change my working hours to allow me to train once again. This time, I achieved my goal of black belt in November 2000.

A few years after this, shortly after achieving 2nd Dan, Sensei Hughes left the club to pursue other projects. I elected to take over the running of the club as chief instructor. During this time I started training under Sensei Malcolm Hudson, the 7th Dan Founder of the Shukokai Karate Association and Sensei Hughes’ instructor, where I achieved my 3rd Dan and professional instructor’s qualification.

Shortly after this, my family and I decided to make the life-changing move to Cornwall, where one of my first priorities was to find somewhere to continue training. It was to my astonishment that I discovered that the local club (Cornwall Karate) trained in the same style that I had spent twenty five years mastering.