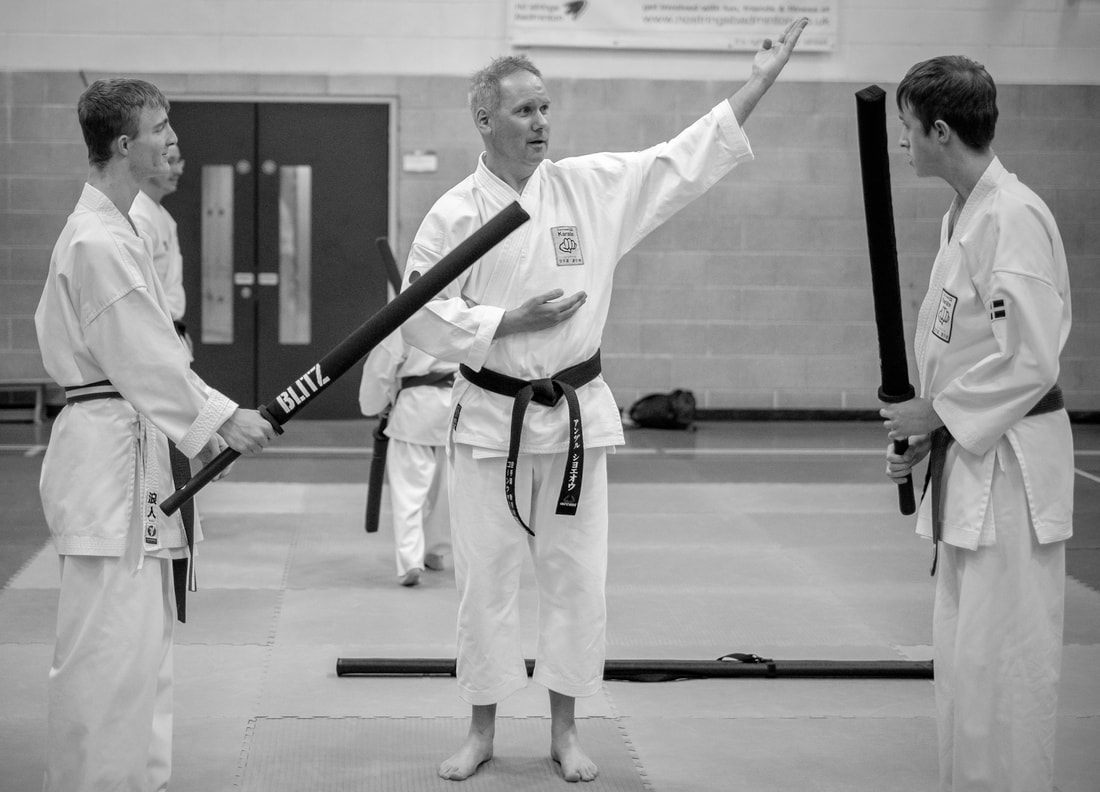 Andy Chellew Sensei was one of the very first adult students to join Cornwall Karate, but his martial art history goes back even further than that. In addition to being an extremely competent Karate instructor and practitioner, he is known for his superb knowledge of Karate history, as author/illustrator of the book "The Pinan Katas of Shukokai and Shito-Ryu Karate - An Illustrated Guide" (available to purchase from this website), and for his dry sense of humour which never fails to raise a smile! 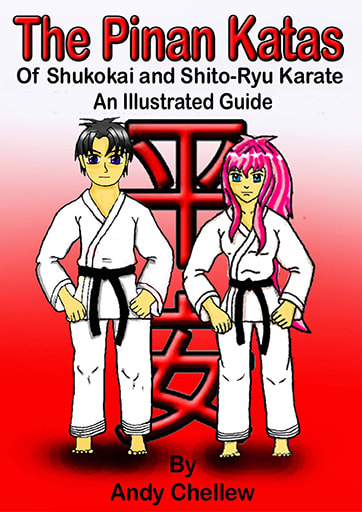 We asked him to about his experience in the martial arts, and here's what he wrote:
"It all started in the 1970's; everyone was kung fu fighting back then. I had some bubble gum cards with pictures of judo, aikido, kendo and that sort of thing on them, and that sparked an interest in martial arts.

I started doing judo sometime in the late 70's at the Newlyn Judo club under Sensei Bill Carter. I couldn’t quite get used to being thrown (I don't mind it now), so after getting my yellow belt I decided to try something else.

After a short break from the judo, my brother saw an advert for Wing Chung, a type of kung fu. We studied this for quite a while  under Sifu Geoff (cant remember the surname, sadly no longer with us). There wasn’t a grading system, so no belts were awarded. Club numbers dwindled and the club eventually closed.

Then came my first venture into karate in the late 80's early 90's. I trained at the Kernow Karate club under Sensei Nick Walker. I did this for a few years and got to  green belt. Unfortunately, Nick left and I got married (that’s not the unfortunate bit!) and we had my son, Scott, so my training stopped again.

Then there is a big gap of almost 13 years.

In 2005, my son was at St Mary’s junior school and my wife saw a poster for a new karate club and said that would be good for Scott. So off we went... I sat on the side for a few weeks. Then Sensei Kevin asked if I would like to join, in and that was it - I was hooked again!

I earned my black belt in 2011 (probably the hardest thing I have done).

Karate is my life. I absolutely love doing, and now teaching, karate. I have met some incredible instructors and students over the years, it has been a privilege to do.
​
I look forward to learning more in the future."
GRADING HISTORY
1st Dan Black Belt - 16/10/2011 (Graded by Damian Bowen Sensei)
2nd Dan Black Belt - 16/12/2017 (Graded by Kevin Cooke Sensei)
Go Back